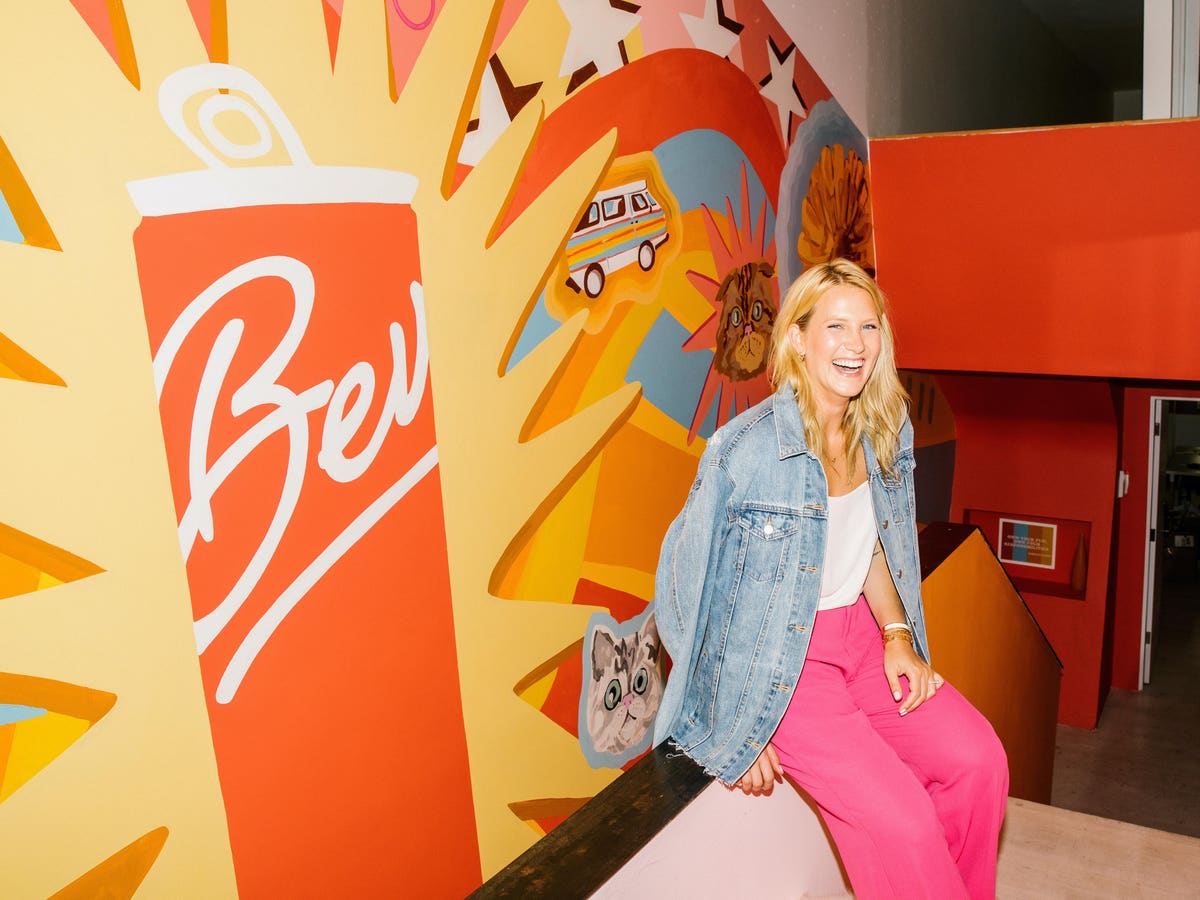 A female-led canned wine startup is using $14 million in fresh funding and a distribution deal with E. & J. Gallo to expand beyond its successful direct-to-consumer business and onto the shelves of some of the nation’s biggest retailers.

Los Angeles-based Bev, which was founded by 30-year-old Alix Peabody, signed a deal with Gallo, the largest-family-owned winery in America, that will get its canned wine onto the shelves of Target, Albertsons, BevMo, Safeway and Total Wine starting next month. The deal will also expand the brand’s presence at HEB in Texas and Kroger, the nation’s largest grocery chain, where Bev has been in stores in Tennessee since last June.

“When people become connected to the brand, they become loyalists. They really love it because it’s speaking to something that they’ve been missing,” Peabody says. “Gallo is trying to drive diversity in the industry, trying to uplift new types of brands that really are putting a focus on how they can speak better to the female consumer.”

While the wine industry crunched for the first time in 20 years going into the pandemic and continued its downturn, canned wine is a bright spot. A decade ago, sales for the industry were around $2 million. But it’s now a $240 million market, according to data provider Nielsen, up 65%.

Bev has been backed by investors including 30 Under 30 honoree Catharine Dockery, the founder of Vice Ventures, and Founders Fund, the San Francisco-based venture capital firm founded by billionaire Peter Thiel, which led Bev’s seed round of $7 million in 2019. It was the venture firm’s first investment in an alcohol company.

In 2015, at 24 years old, Peabody was suddenly in organ failure. She lost her ovaries and ability to naturally have children. As her health stabilized, she decided to freeze her eggs. But the expensive process is rarely covered by insurance, so she started hosting ticketed parties aimed at women looking for a safe space to unwind.

She made enough to cover her medical bills, and realized she could be onto something. In 2017 she started making her own wine, in brightly colored cans. She paid for the first production run with a long-forgotten retirement account she had gotten while working at hedge fund Bridgewater. She cashed it out and took the tax penalty to pour $20,000 into a few thousand gallons of Bev’s first rosé.

While Bev is maintaining its operating independence with the distribution deal, Gallo will end up helping out where it can, like sourcing Bev’s cans, which has been a challenge due to a recent shortage.

Two of Bev’s primary slogans, often emblazoned on its cans, are “Made By Chicks” and “Break The Glass” but as Bev has grown, Peabody has gone beyond platitudes of empowerment. Bev’s sales team is entirely women, a rarity for the alcohol industry. Peabody says it’s been crucial, because these sales reps have to fight at every stage to get Bev onto the shelf.

The hard seltzer craze has popularized cans – and Bev’s canned wines have seen a lift from the trend – but it’s also attracted some copycat competitors into the hot space.

After Onda, a sparkling canned tequila that raised $1 million launched last summer, Bev’s loyal followers flooded social media with questions over how Onda’s branding could look so similar to Bev’s – down to the bright red color and curly script logo.

In July 2020, Bev sent a letter demanding that Onda stop its infringement, and stop ruining evidence by deleting consumer comments on its social media. Shortly after, actor Matte Babel  called Peabody to dissuade her from filing a lawsuit. Babel is the significant other of Onda’s highest-profile cofounder, actress Shay Mitchell, who is Onda’s chief brand officer. During the call, Babel told Peabody that “women shouldn’t fight each other,” according to the lawsuit that later was filed in September.

“Babel’s true goal was to help Onda get away with ripping off Bev’s branding,” the complaint states. Onda’s January response admits the call took place but denies other allegations.

“You can knock off branding but you can’t knock off authenticity and culture,” Peabody now says. “We really believe what we stand for. It’s in the fabric of who we are and I don’t think that’s something that is fairly easily replicated.”