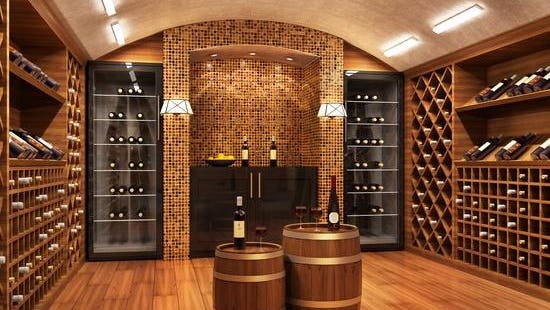 The wine industry’s term for a “premium wine” is one that costs about $15, which may come as a surprise to those who peruse their wine shop shelves and find that few wines not bottled in jugs by the largest commercial wineries come close to that low price. Of course, there are a few really, really cheap wines for under ten bucks and there are some very good wines that run from $15 to $25, which, quite candidly, is a lot of money for the average wine drinker to shell out for a casual dinner several nights a week. And from there things go askew, with wines that for no reason at all sell for $50 to $100, and then way upwards of there. Many Napa Valley Cabernets now sell for in excess of $200. Since all wine is nothing more than fermented grape juice, what could possibly make wines cost so much?

The simple reason is supply and demand, even though many of the world’s most prestigious wineries play fast and loose with how much they produce and how much they sell, sometimes in the gray market. In advance of the Millennium, Champagne producers warned—quel horreur!— that there simply wouldn’t be enough of their bubblies to go around because the demand would be so great. Guess what: It wasn’t. There were oceans of Champagne available at all kinds of prices. Many people avoided the hiked-up prices of Champagne and drank Italian prosecco or Spanish cavas. And after the recession  hit in 2009, with demand down, prices fell, too, with a lot of wines that once sold for $100 marked down to half that amount or less.

In some countries, like France, the number of bottles allowed to be produced by an historic appellation is restricted, so as to keep producers, even in a highly productive vintage, from upsetting the market prices. Nonetheless—and this is a very good thing—the bottled oversupply was not allowed to carry a premier cru label  but can sell the same exact wine under a secondary label at a fraction of the price. In many cases, especially in Burgundy where merchants called negoçiants keep the market in balance, some do very well with that segment of the market. In Burgundy’s prestigious Côte d’Ôr, which includes famously expensive wines like Romanée-Conti, La Tâche and Richebourg, the amount of red wines in any vintage rarely tops 13,000 hectoliters (343,000 US gallons), which is actually several thousand bottles more than they used to produce before 1985. Romanée-Conti makes only 500 cases (6,000 bottles) each year, selling for $12,000 and up per bottle. Bordeaux’s Lafite-Rothschild produces 35,000 cases overall, although, given the year, the premier cru wines of the estate may number 25,000 cases, which is a whopping 300,000 bottles, each of which sells for about $1,000. (Add to this the 10,000 counterfeit bottles seized in China in 2012—believed to be between 50 and 70 percent of all the Chateau-Lafite sold there—said to be worth $16 million.

Prices have dipped since 2009 and during the pandemic, with a lot of Chinese and Russian billionaires, who had  been buying up the stuff like Dr Pepper, dropping out of the market.

The question, though, is not whether such wines could possibly be worth that kind of money, assuming there is a market for them, but what, aside from relative supply, is it about them that would allow producers to charge such prices? The easy answer is that such wines have, over centuries, earned reputations for excellence that exceeds even those wines of the same region that come from the same soil and grapes. This is where “terroir”—the most cherished and marketable of terms—comes in. It refers to the unique confluence of soil composition, sunlight, rain, temperature and other agricultural factors that consistently make such wines taste as wonderful as they do.

A case in point: Once, standing on the roadside that cuts through the Côte d’Ôr, a vigneron gave me grapes off the vine to taste, and, being from the Côte d’Ôr, they were very good, with ample sugar and acids. Then we moved up the slope of the vineyards, no more than a few yards, and tasted those grapes. Hmm, even better. Higher up, where the hillside gets optimum sun, the grapes tasted best of all, rather like Goldilocks finding her ideal porridge. But then, the vigneron took me just a few yards to the left where the grapes didn’t have much flavor at all. He said that that terroir—right next to the first vineyard—had never produced superior grapes. I understood very clearly at that point the importance of micro-climates and terroir. And those far superior vineyards on the Côte d’Ôr were the most costly as real estate.

So, too, the prime terroirs of California’s Napa Valley now sell for astounding prices. According to Napa Valley Register, “To own a piece of the choicest land on the valley floor, a buyer will have to pay an average of $310,000 per acre, compared to $270,000 in 2014.” Which is why the old cliché holds true: To make a small fortune in the wine business, you have to smart with a big fortune.

Yet, in order to keep the supply small for the market, these estates, which may not even have even a twenty year pedigree behind them, sell their wines for $200 and up. Granted, that doesn’t come close to Romanée-Conti or Lafite, though a so-called “trophy wine” like Screaming Eagle in Oakville can fetch up to $2,000 a bottle.

Screaming Eagle is an example of how the market responds to wine media ratings—the highest being 100 points—by publications like Wine Advocate and Wine Spectator, whose declaration of  a “wine of the year” may cause its price to triple or quadruple  as a result of publicity. No other agricultural product can make that claim.  There will always be those who—and they are usually not true connoisseurs—for whom pride is no object, reminding me of Oscar Wilde’s observation of a cynic: “A man who knows the price of everything and the value of nothing.” In so many cases, you do get what you pay for, which is a label.

Back in the late 1990s every casino restaurant in Las Vegas clamored to stock Chateau Petrus, a Pomerol, some wine media exalt as the finest in the world, year after year, which in a wine shop can cost $4,000 a bottle. Double or triple that on a Vegas wine list  and you can pretty quickly assume who’s drinking Petrus. Or, more to the point, what Taiwanese high roller has it sent free of charge to his comped suite.

To come back down to earth—and mindful that there is, indeed, a sucker born every minute—one has to question why, of, say, twenty different Barolos or so-called “Super Tuscans,” from the same hillsides in Piedmont and Chianti, some cost a very reasonable $40 while others cost $600. Again, the pride of real estate figures into the equation, and there is no question that the best wineries do tremendous research to find the best varietal clones to plant, which will cost more than others. The wineries themselves may be state-of-the-art, multi-million dollar investments that might also include tasting rooms, small hotels, even golf courses. Then there is marketing, advertising and schmoozing with the wine media who is expected never to turn up their noses at a prestigious label. Believe me, I’ve had a lot of those wines and some of them have gone south fast, especially the high-alcohol wines of California and, increasingly, Spain and Italy.

The fact is, a bottle of wine is not just fermented grape juice, but it is certainly not a Maserati or an Aston-Martin, where the intense workmanship and price of research and materials is as evident as their beauty. One glass of wine looks pretty much like every other glass of wine, and winemakers, who are very, very dedicated, only have so much to work with.

I can tell you this: There are bad wines, good wines, very good wines and extraordinary wines. But between very good and extraordinary there are innumerable wines from many countries in the global market that are priced right, and these days, with the pandemic still keeping people from dining out and restaurants and hotels not re-stocking their cellars, there’s never been a better time to find some real bargains.