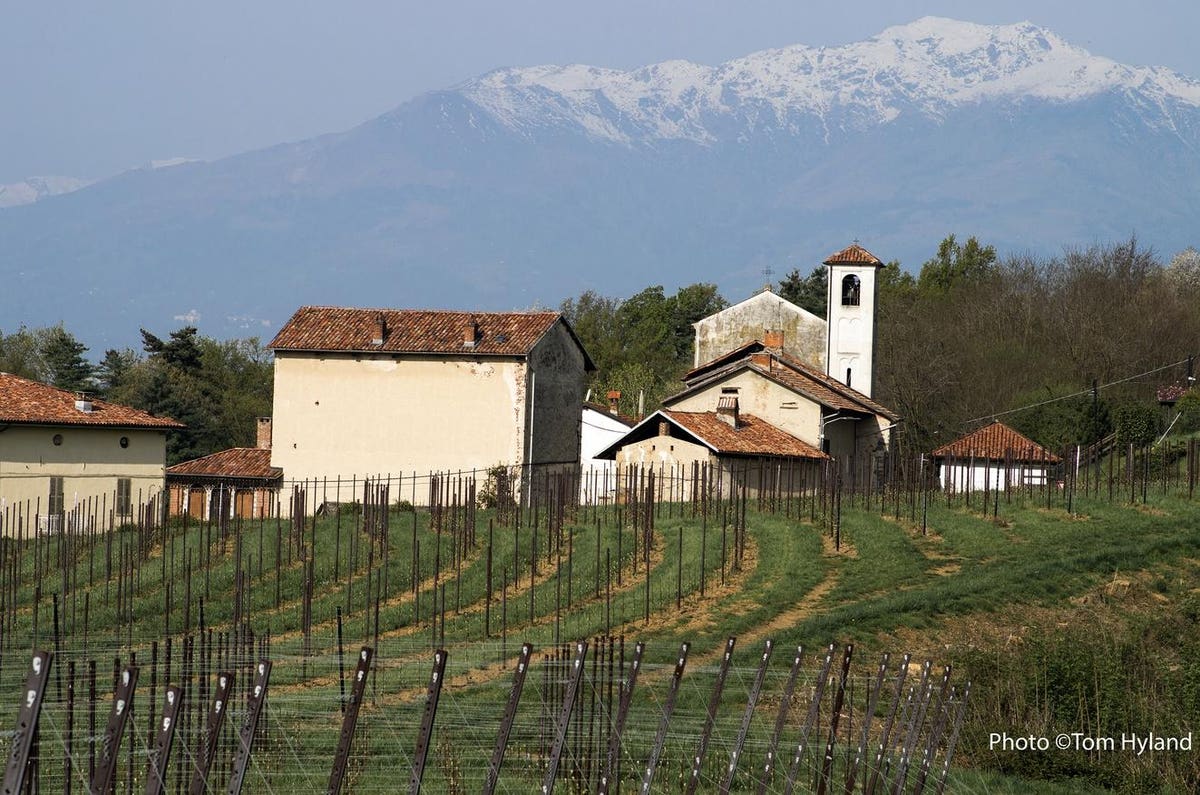 If you’re a fan of red wines from the Piedmont region, you surely know Barolo and Barbaresco, and you probably enjoy Barbera and Dolcetto as well. But there are numerous other reds from the region that are highly distinctive and deserve your attention, despite the fact that they’re not very well known.

Let’s look at a few of these starting with several from:

Alto Piemonte – Alto Piemonte, or “upper Piemonte” (upper or more northerly on a map) is a territory that was once among Italy’s most densely planted. Those days disappeared several decades ago, but viticulture is making a comeback as of late, as growers and producers discover the advantages of growing various varietals here; such types include not only Nebbiolo which is the foundation of Barolo and Barbaresco, but also Uva Rara, Vespolina and Croatina.

The most famous red from Alto Piemonte is Gattinara, named for the eponymous town; this red is made primarily from Nebbiolo and holds its own when compared with Barolo and Barbaresco. Alto Piemonte in general, and Gattinara in particular is a cooler climate than the Langhe where Barolo and Barbaresco are produced, so Gattinara and other distinctive reds from Alto Piemonte often are capable of aging for many years – 12-25 from the best vintages – sometimes even longer than their renowned counterparts from the Langhe.

Boca is another top Alto Piemonte red, and while Nebbiolo is again the principal grape, the percentage of this grape is not as high in Boca as with Gattinara. Rather Vespolina, Croatina and Uva Rara are important components of this wine; these grapes add color and spice and give Boca something of a rustic, “wild” quality. Yet Boca in the hands of a great producer such as Christoph Künzli at Le Piane, is as regal as the best examples of Barolo, Barbaresco or any Nebbiolo-based red.

Freisa – Freisa, grown in several provinces of Piemonte, is a red that rarely receives much attention, despite its myriad of styles. Named for the grape type, it can be a dry red, a slightly sparkling frizzante or made into a rosato.

The classic examples of Freisa are bottled under the Freisa di Chieri DOC designation; the production zone includes a small section in the city of Torino, while most of the vineyards are located east of the city. Another version of Freisa is Langhe Freisa D.O.C. Both wine types offer charming raspberry and strawberry fruit with high acidity and sometimes, medium-full tannins. Yet, despite the tannins, Freisa is not a wine to lay away in most examples, but rather one that should be enjoyed early on, often chilled, with soups, seafood or lighter meats. Best producers of Freisa: Balbiano, Bartolo Mascarello, Scarpa, Cavallotto, Paitin.

Ruché – Ruché (roo-kay) is rarely discussed outside its primary home of Monferrato in central Piemonte, but it is a spicy, ripe, hearty red that usually surprises the drinker with its complexities and richness on the palate. Lighter versions are aged in steel and are at their best early on, while the wood-aged examples do drink well for five to seven years. But instead of laying it away, pair Ruché with tajarin (thin, hand-made pasta akin to tagliatelle), rabbit or beef stew or goat cheese. Best producers of Ruché: Montalbera, Ferraris, Crivelli, Cantine Sant’Agata.