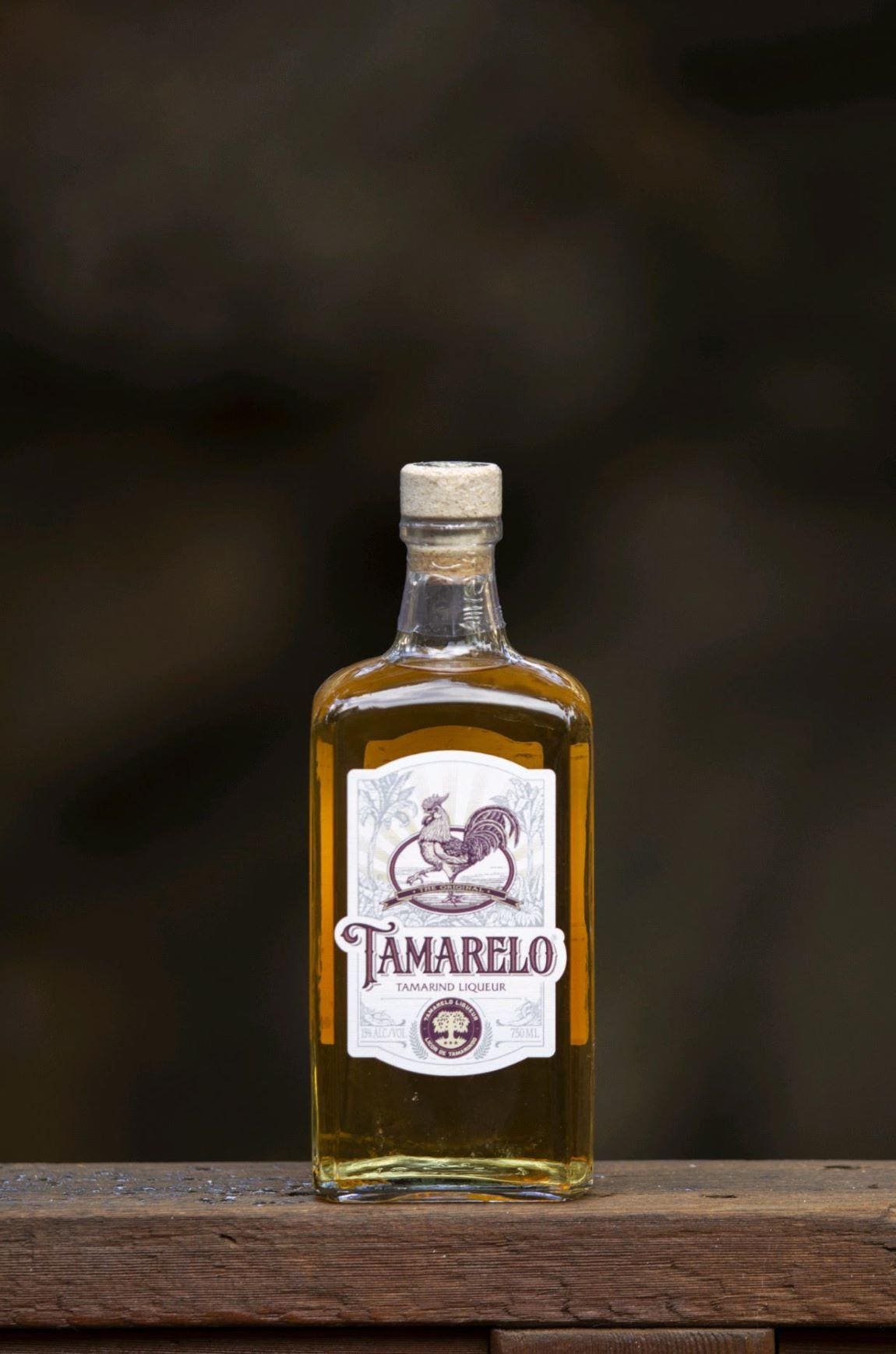 Kevin Faul first fell in love with tamarinds when a friend introduced him to them at an outdoor fair in Portland, OR. Four years later, he was eating dinner at the Milwaukee Public Market, and he purchased a bag of dried tamarind pods…and then he couldn’t stop eating them.

Faul’s adoration for this tangy, sweet and sour fruit led him to start Tamarelo, the first tamarind liqueur made in the United States. “I had purchased half a pound of tamarind pods, and as I walked down thestreet, I ended up eating that whole half pound right there,” he says. “And I said ‘Oh, my gosh, can this be made into a liqueur?’”

Faul, who is based in Los Angeles, spent three and a half years developing the recipe for his new liqueur company, which launched Tamarelo in December. “It’s a different product now than when I started,” Faul says. “I would make small batches, and then I would take them around to different Mexican restaurants in the area, and 12 iterations later, the product we ended up with is great.”

Faul says he took samples back to one of his favorite bartenders at a popular Los Angeles restaurant which celebrities frequent. “Mario’s been a bartender for 30-plus years, and he’s this very stoic guy,” Faul says. “The first three tastes, he simple said no. But I knew I nailed it when tears welled up in Mario’s eyes, and he told me ‘Growing up in Mexico, we had a tamarind tree in the yard. This reminds me of Mexico.’ I knew I’d nailed it when Mario started talking to me.”

Tamarelo, which has a SRP of $23.85, is available in Oregon, California, and is coming shortly to Wisconsin, where the genesis of the liqueur originated. “We are the first tamarind liqueur made in America, and there’s only a handful of tamarind spirits in the world,” he says. “A lot of them are priced so high because they’re imported.”

Faul says he didn’t want the price point of his product to prevent people from being able to enjoy it. “I don’t want this to be an ultra-premium product,” he says. “I want this to be accessible the same way a tamarind tree is. I want you to be able to pick it and enjoy it.”

The liqueur itself is made in the Willamette Valley in Oregon – the same region where fine Pinot Noir grapes are cultivated and crafted into fine wines. “Our water source is the McKenzie River, where snow melts and it is even glaciated,” he says. “That’s the best water source I could find, and water really makes a difference of how the product turns out. The water balances the flavors.”

Tamarelo’s smooth and tangy flavor plays well with tequila and mezcal in margaritas, but it also holds up well with whiskey and rum. “It is amazing in an old fashioned,” Faul says. “Something about the sweet and sour goes well with the vanilla, oak and complexity of whiskey.”

It also, he says, goes great in tiki drinks like the mai tai. “It adds a lot of flavor without being overly sweet or being too powerful,” he says.

All of the bottles are also topped with a cork stopper that’s entirely one pice of molded cork instead of the more common two pieces. “Once you’re done with the bottle, the topper can be ground up and tossed onto a lawn because it is biodegradable (being natural cork in one piece), and it takes all of the waste out of the top of the bottle,” Faul says.

With distribution now expanding into the Midwest, things are slowly starting to happen for the very new brand. “We’re seeing a lot of good momentum,” Faul says.