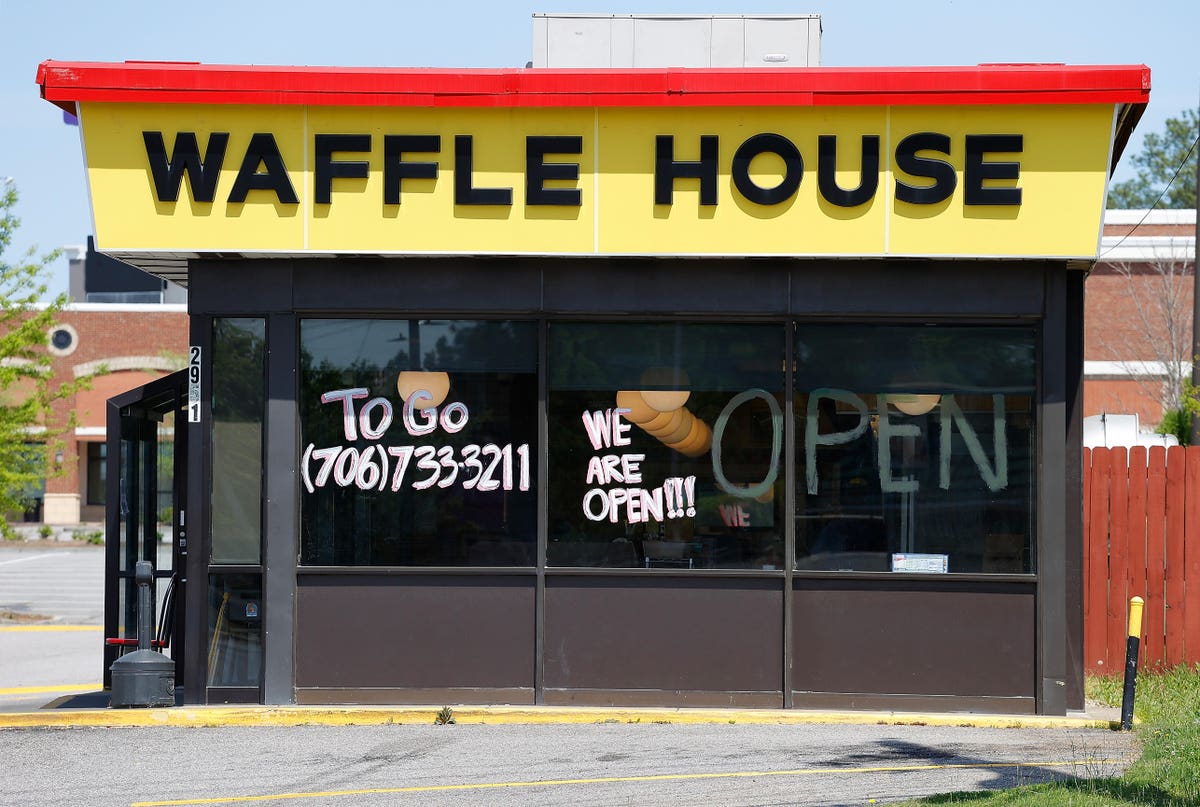 While visiting Florida’s Panhandle city Destin over several 70-degree days in mid-March, longtime Waffle House chairman Joe Rogers Jr. checked in on fry cooks and managers at three of his 24-hour diners, all just steps from dunes, a sunset or a boardwalk. He coached his workers through some of the biggest crowds they’ve experienced in a year as hoards of spring breakers fresh off late nights of partying and flush with stimulus checks lined up for hash browns, bacon and eggs.

“The customers showed up in droves,” says Rogers, a cofounder’s son who has been running the chain since the 1970s. “Business started surging. In Destin, traffic was crazy.”

It was a welcome relief for the iconic chain, after what was one of the most difficult times in the 66-year history of Waffle House. Sales have been up as much as 15% in the past few weeks, reversing a decline that began with the pandemic lockdown last March. Forbes estimates Waffle House’s 2020 sales fell around 5% overall from 2019 to an estimated $1.2 billion. Compare that with Denny’s, perhaps the closest comparable public business, where sales fell by almost half last year.

Still, with vaccination in full swing across the U.S., investors are driving up the value of affordable dining rooms: Denny’s shares are up 260% from a March 2020 low of $5 and are trading at nearly 4 times revenue (and other fast food chains are trading even higher). Based on that, Waffle House would be worth at least $4 billion, which would make Rogers worth at least $2 billion. That’s enough to debut on Forbes‘ global ranking of the world’s billionaires for the first time this year. Rogers, 74, says any estimate of his personal fortune is “fake news” but doesn’t deny that Waffle House is starting to thrive again.

A year ago, as the pandemic forced closures across the restaurant industry, things looked far less prosperous. While drive-through and delivery stalwarts like McDonald’s and Dominos thrived, breakfast chains like Dunkin and Horton’s were crushed when commuting was mostly halted, a blow that hit dine-in only Waffle House even harder: Sales dropped 30% in just a few weeks in March 2020, forcing Rogers to close 20% of its locations and furlough thousands of workers. That month, for the first-time ever, the chain’s “Waffle House Index” — which has been used in the past by FEMA to measure how devastating a catastrophe is to local communities — flashed red.

The billionaire is no stranger to crisis. When he took the reins of the company at age 26, Waffle House had four family ownership groups, mounting debt and controlled only 30% of the locations. Not long after he took over he faced his first crisis in the financial turmoil and gas shortages of the 1970s, which led him to consolidate ownership within his family so that he had a controlling share. He paid off the company’s debt, and committed to avoiding loans in the future. Over time he made a point of keeping his diners defiantly open in the face of calamity, showing up in Charleston in 1989 to pour coffee after Hurricane Hugo hit the city and Joplin, Missouri after a tornado killed 158 people in 2011. But coronavirus was different, and by the summer of 2020, he was bracing for a crippling and uncertain recovery.

“Historically we’ve used the resources from the rest of the system to go to the crisis in part of the system,” he says of past crises.  This time, he said, “the disaster was nationwide and far more devastating to the business. When the crisis hit the whole system, the resource here was money. Business was drying up.”

It took him two months to visit a Waffle House location, due to pre-pandemic back surgery. By May, Rogers was back to visiting dozens, despite a back brace and a cane. “I made it to a lot of markets. Instead of hitting 10 restaurants a day, when I would get out in the field, it would be five,” Rogers says. “I go a little slower. I didn’t put the cane up until September. I went through the summer with that cane.”

Rogers says the chain is still dealing with delays related to the ongoing pandemic, citing one Wednesday in March when 50 deliveries from Waffle House’s distributor were missed because there weren’t enough truck drivers to make the deliveries, but that Waffle House’s recovery has been strong.

“People were cooped up,” says the outspoken conservative, who has publicly critiqued the lockdown orders that spread across the nation during the pandemic. But if any chain was set up to survive the coronavirus crisis, it was Waffle House, which operates at odds with most of its fast food peers. Waffle House is one of the few to have a stock ownership plan for hourly workers, which Rogers created decades ago, and similarly is one of the last chains left to eschew debt. It also owns most of its locations, with just 10% operated as franchises.

Looking ahead, he is planning to use the rebound — and his balance sheet advantage — to build on the current momentum. Store profits have been padded recently because most stores operating have increasing sales while relying on around 80% of their regular workforce.

It all puts Waffle House in a prime position to acquire prized locations across the country. But, so far, Rogers says he hasn’t seen many deals.

“They may be coming,” he says. “There’s going to be a lot of wreckage in the restaurant industry.”