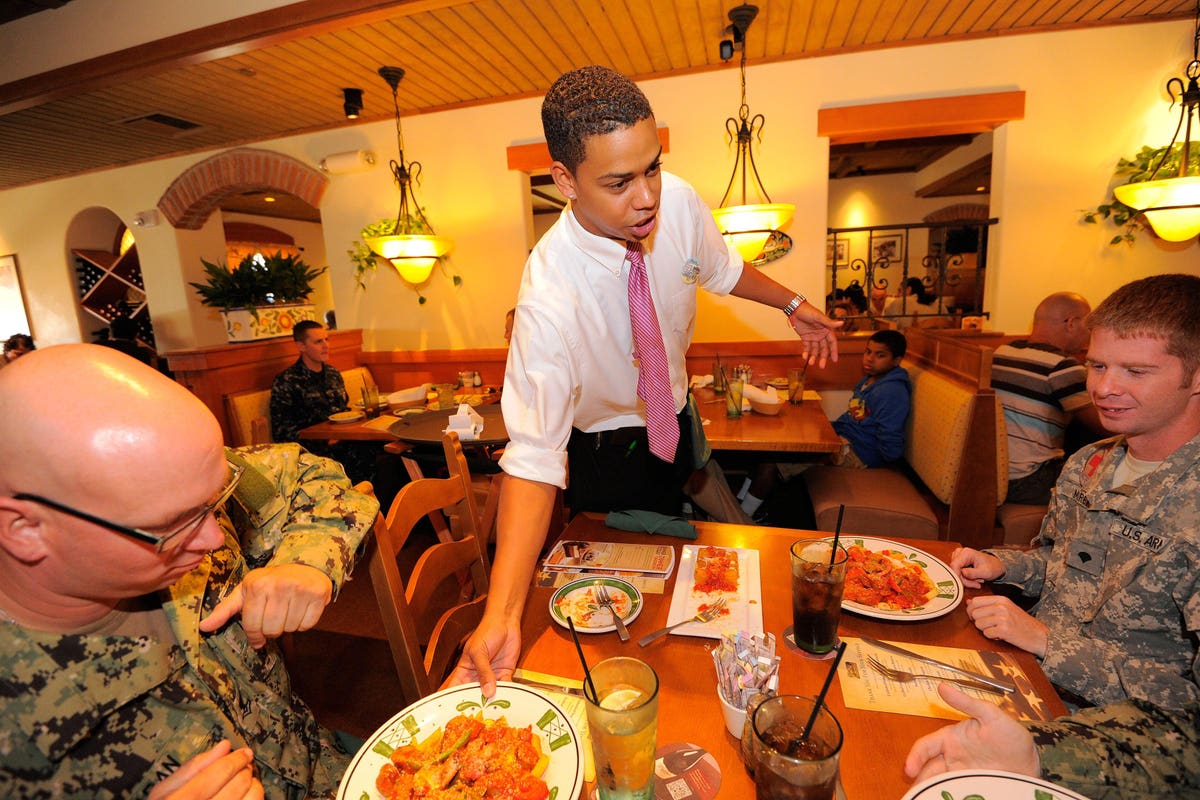 The sub-minimum wage for tipped American workers came under fresh attack Thursday in what may be its biggest and most direct challenge yet. The One Fair Wage (OFW) nonprofit organization has sued the Darden Restaurant group on Constitutional grounds, claiming the pay practices of the company that owns chains like Olive Garden and The Capital Grille increases racial discrimination and sexual harassment in ways that violate the 14th Amendment and the Civil Rights Act of 1964.

Saying that forcing employees to rely on tips for their livelihood leads to “racial inequality and severe sexual harassment,” OFW president Saru Jayaraman told a virtual press conference that the lower tips consistently earned by restaurant employees of color across America means these workers are not receiving “equal protection of the laws” as the 14th Amendment mandates. Attorney Jason Harrow, partner at Gerstein Harrow, who filed the suit, added that employers violate Title VII of the Civil Rights Act, which prohibits a workplace from treating personnel differently because of their sex, every time a female employee submits to sexual harassment by the patrons she depends on for her livelihood.

“Oftentimes managers will not just tolerate harassment but go out and encourage it,” said Jayaraman, whose colleagues on the call spoke of the common industry-wide order to show more cleavage, flirt with the customers or submit to patrons who tell them to take off their masks to see what they look like before calculating their tip. “She’s told (this) by her boss who can fire her. That makes her vulnerable to customers and managers and subject to harassment all day from everybody.”

A Darden server named Torsha explained, “You have to deal with being harassed if you want to pay your rent.” She also noted that she and her scarce Black co-workers often get assigned to wait on Black patrons, who usually get seated at the back of her restaurant.

According to law, establishments that pay a subminimum wage must make up the difference between an employee’s earnings — wage plus tips — and the state’s regular minimum wage. But many restaurant owners get caught failing to pay employees properly.

Darden isn’t breaking any laws by paying its servers what plaintiffs say is the lowest legal wage in every state where it operates — as little as $2.13 an hour in 15 of them. But they’re singling out the company primarily because it’s the largest member of the National Restaurant Association (NRA) and its officers frequently hold leadership positions. The NRA actively opposes the abolition of the subminimum wage as well as the nationwide effort to raise the regular minimum wage to $15 per hour.

A spokesperson for Darden emailed, “To be clear, this is not about Darden.  The complaint makes clear that their objections are with federal and state wage laws – not with our practices. We have zero tolerance for any form of harassment or discrimination in our restaurants, and we have strong policies in place to ensure our team members are treated with respect and feel safe and valued at work.”

The statement goes on to say that Darden’s tipped employees earn more than $20 per hour on average, though a press release put out March 25 quotes the chairman and CEO saying they earn an average $17 an hour. Either way, as of last month, every hourly restaurant employee is guaranteed to make at least $10 an hour, including tips, with that amount to rise by $1 per hour for each of the next two years.

The Equal Employment Opportunity Commission authorized the lawsuit, which was filed in the United States District Court for the Northern District of California – Oakland Division.