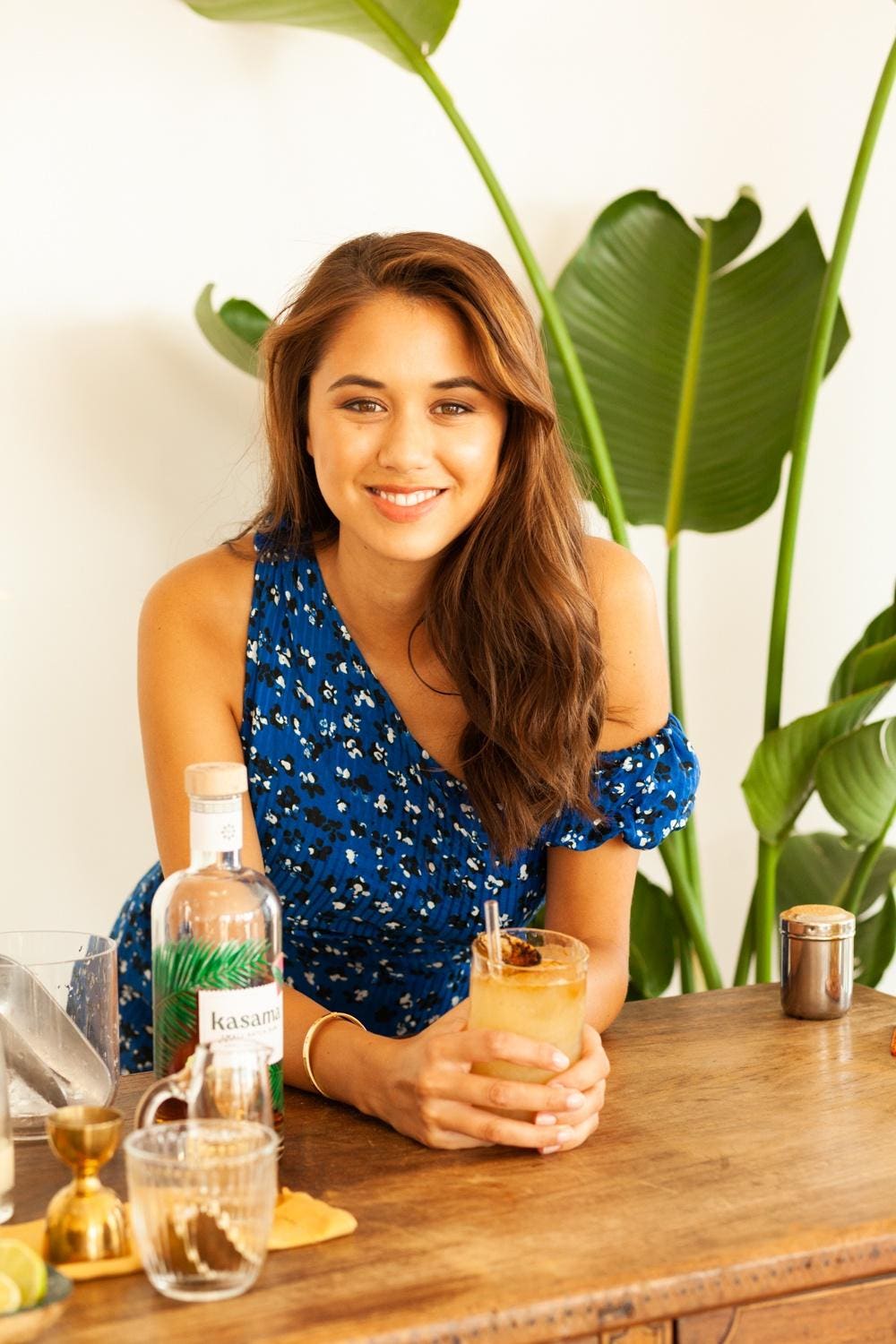 Alexandra Dorda had long been a rum drinker, but she never felt a connection to most rum brands.

“There weren’t any rums that spoke to me,” she says. “They were just hyper-focused on this nautical trope that I just didn’t feel.”

Dorda says rum brands often focused on “cartoon pirates and sailors, even at the high end.” “Rums often have nautical names, named after ships or captains…these really antiquated themes,” she says. “I just feel rum is a category that should be a base for tropical cocktails, with this delicious profile with positive vacation connotations.”

Since Dorda couldn’t find any rum brands that reflected this vibe, she created her own: Kasama. “As a woman, I knew there was a gap that existed in the rum market,” she says. “I see things that many of my male colleagues wouldn’t see.”

Kasama rum launched softly in September 2020, and it officially kicked off in February 2021. It’s now sold in three countries – the United States, Poland and Lebanon – and it’s also distributed in 23 states, with more coming online this year. “I’m really pleased with the speed that we’ve been able to gain distribution,” Dorda says, adding that on-premise has been slow, but Kasama is already found in BevMo, Binny’s and Total Wine stores.

The rum itself is a seven-year-old Filipino rum, and, in fact, the name, Kasama, means “together” in Filipino. But the rum is blended at Dorda’s family’s distillery in Poland, where it is also packaged and bottled by hand. “My family’s been in the spirits industry for 30 years, and my dad founded Belvedere and Chopin vodkas,” she says. “I grew up going to our family’s distillery. Kasama’s been in the making my whole life.”

Rum has been made in the Philippines for more than 300 years, and another Filipino rum, Tanduay, is actually the world’s largest. “The Philippines is basically the largest rum producer you’ve never heard of,” Dorda says.

Dorda, whose mother is from the Philippines, celebrates Filipino culture with her rum. The bottle and its box feature floral and fauna from this island nation, and the brand itself has been very well received by Filipino Americans. “We’re trying to make this a brand for everyone, men and women all over the world, and this new generation of Filipino-Americans is very excited to see this,” Dorda says.

Though Kasama is a Filipino rum, it isn’t yet distributed within the Philippines itself. Because it is bottled in Poland, it would be subject to high import taxes. Dorda has plans to eventually open up a small distillery in the Philippines.

Dorda’s first bottling of 12,000 bottles sold out within three months, and her second production increased to 72,000 bottles. By the end of the year, she hopes to have her rum available in all 50 states. “People are drawn to this brand because it’s fun,” she says.