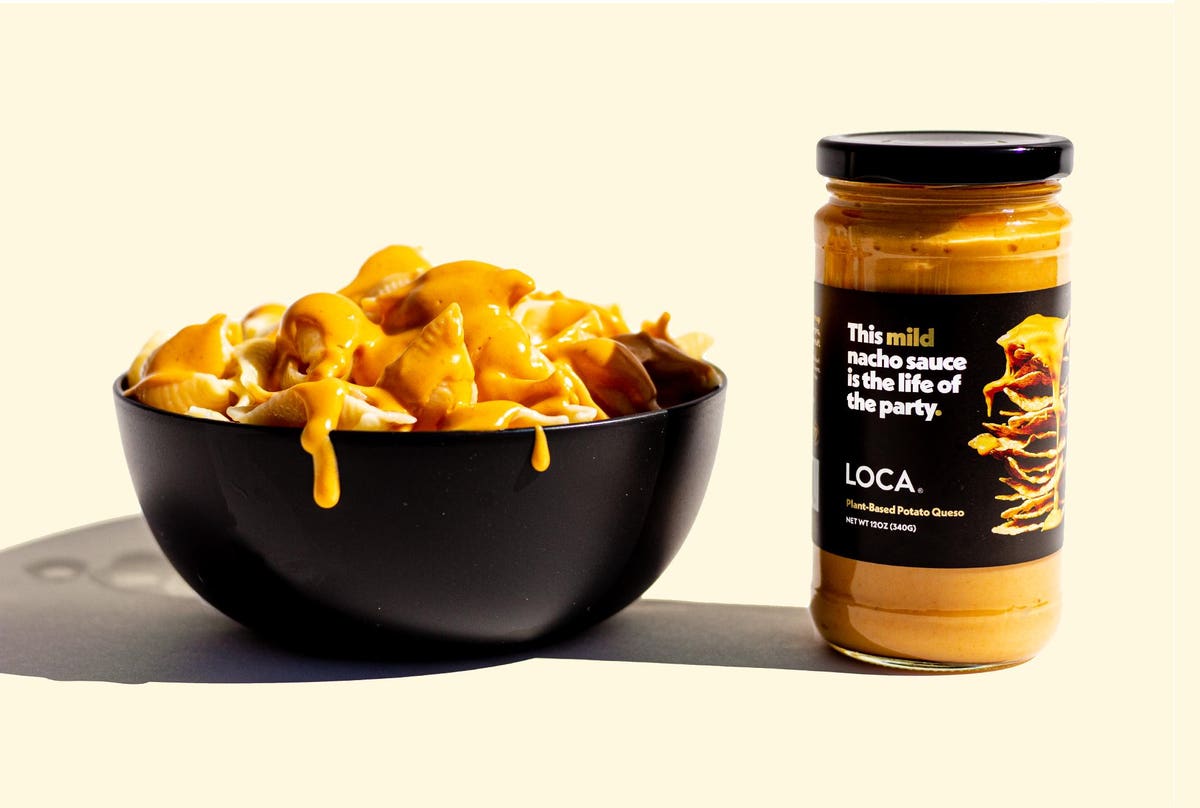 The dairy-free movement is gaining momentum not only across traditional milk and cheese, but also cheese-based products including sauces, dips, and spreads that have recently recorded a surge in fresh investments.

LOCA Food’s founder Lauren Joyner, who originally hails from Arkansas, and went to school in Louisiana before settling down in San Francisco, recently told me how cheese dips are a staple in the U.S. Southern diet, and how she wants to reinvent the traditional comfort food with vegan alternatives.

The company’s products are made without the top eight allergens, and they don’t contain any saturated fat, artificial ingredients, or preservatives.

Facchina, who came across LOCA Food at a trade show, noted: “This category is so large that these [cheese sauces] can be found literally everywhere, Wawa, 7-Eleven, etc.” Albright also expects the sector to grow exponentially in the coming years, saying “it makes sense to get into this [dairy-free] market early on.”

Joyner started making non-dairy queso in a commercial kitchen in San Mateo around 2018, and her products were selected by Oracle Park within months, launching alongside Impossible Foods.

The baseball stadium later became LOCA Food’s test market where its initial products were well received, pushing the company to further expand into other food service channels, including The University of San Francisco, and NVIDIA’s
corporate campus that together accounted for the majority of its sales at the time.

The Covid pandemic has forced LOCA Food to shift its business model to direct-to-consumer, a gray area that Joyner initially felt uncertain about. Luckily, “I’ve been able to see customers use our products in all these unexpected ways, such as baking an enchiladas dish with Impossible meat,” Joyner said.

“I’m also getting real-time feedback on everything from the taste, to our packaging and label, and even on the ads we’re running,” she added, noting LOCA Food’s Shopify site has a consistent 10% conversion rate.

Ultimately, LOCA Food hopes to be available “in every place where nacho cheese is served,” including gas stations and movie theaters, as well as traditional retailers, according to Joyner.

“It’s really unique that there’s a multi-channel opportunity here,” she told me. “I’m in talks with a couple of larger distributors for food service in the fall, and we’ll enter brick-and-mortar stores much sooner than I had originally planned,” including Pop Up Grocer that will debut in Chicago on April 30 to showcase more than 400 emerging food and beverage brands.

LOCA Food currently works with a co-manufacturer specialized in dairy cheese production to supply its food service items, according to Joyner, which further reflects how the traditional dairy sector is increasingly eyeing plant-based food as a growth opportunity.

Research And Markets showed the global vegan cheese market was valued at $1.24 billion in 2019, and anticipates its size to reach $4.43 billion by 2027, growing at a 15.5% CAGR during the forecast period.

In addition to scaling up the production of LOCA Food’s current product line in 2021, Joyner also expects to develop new dairy-free items in the future.

“I do plan to expand beyond just making [vegan] nacho cheese,” she said, “but we’ll always stay in that dairy comfort food and snacks category.”